We are looking for a wonderful Spanish extra virgin olive oil to complement the Tuscan EVOO that we intend to launch shortly on Amazon.   What better way to conduct my research than to attend the World Olive Oil Council exhibit in Madrid, Spain that occurred on March 3 and 4.   The World Olive Oil Council is headquartered in Madrid, which seems logical as roughly 50% of the world’s production of olive oil occurs in Spain.

Needless to say, I took a few extra days to sightsee some of the wonderful museums in Madrid and revisit some of my special “haunts” when we lived 4 glorious years in the 80s.  At this time of year, Madrid is still a bit cold and you could see snow on the cordilleras from the city.

It was great fun being “home” again in this wonderful city, and I had several memorable meals.   In fact, found below is a photo of a leg of venison that was cooked for 18 hours and served with a dish of delicious mashed potatoes.  I am only showing you the “before” picture, since I would be somewhat embarrassed to show the “after” picture.  Trust me, it was very tasty.

While I could go on-and-on about the wonderful cuisine in Spain, I would like to share a few observations of my visit to this compact but very informative olive oil exhibit.   I learned much about Spanish olive oils and discovered a few insights into Spanish olive oil production and a short-list of producers that could well supply our next private-labeled olive oil from Spain.

For the most part, most of the olive oils on exhibition were from Spain. Most Spanish olive oils are made from two olive varieties: the Arbequina (a light and delicate olive oil generally found in northern Spain) and the heartier Picual which is found throughout Spain. The shelf-life of oil made from the Picual olive is much longer and it is not uncommon to see these two fine oils blended to insure a balanced product for a particular brand. Spanish growers confirmed Mr. Coleman’s (Eataly’s oleologist) assertion, that oils produced from olive groves on hills with good drainage tend to be of higher quality than those produced from groves on a flat parcel of land.

Sampling Olive Oils at the Exhibit

As the photograph above illustrates, sampling olive oils is as much about smell as taste. I sampled well over 20 olive oils and was completely overwhelmed by the process.   Sampling more than 4 to 5 olives oils is about the limit for most normal people.  I recommend sampling  olive oils without bread and prefer to pick up one of the ceramic serving bowls and warm it with my hands before first smelling and then tasting the oil. By the end of the day, I was an expert at discerning the difference between oils made from the Arbequina and Picual olive.

Personally, I prefer olive oils which have a peppery taste on the back of your throat and was pleased to learn that oils that are “peppery” tend to have a higher level of antioxidants.   One tip that I would recommend is to eat a sliver of apple between tastings, to clear your palette before the next tasting experience.

I sampled many wonderful olive oils and eventually settled on two that I think would be great to introduce in the U.S.   In order to obtain the appropriate certification of origin in Spain, it is necessary to insure that the product is actually bottled there to avoid any suggestion that it has been adulterated with inferiors oils.   I am hopeful that we will have a 2016 vintage available toward the end of this year, but in the meantime do try Gourmet Living’s lovely California Picual, which is getting rave reviews. 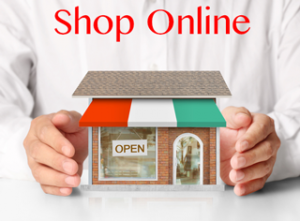